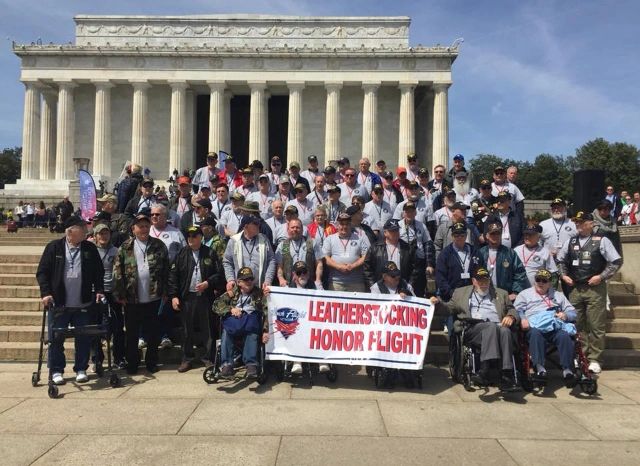 It's all about the Vets

This October 1st Leatherstocking Honor Flight flew over 100 Veterans to Washington to experience the memorials created in their honor.

On board were two WWII Veterans, one 98-year-old who served in the Navy from 1942 to 1946. The other, 94-year-old served in the Navy during WWII, and then went on to serve as a Marine in the Korean War, where he earned two Battle Stars and two Purple Hearts as well as other commendations.

We also had on board 11 Veterans who served in Korea, one of whom later served in Vietnam.

In short, the Veterans we had on board served over a period of 80 years.

Documenting the flight was News 10 Reporter Stephanie Rivas and Videographer Chris Boehlke. Both were very excited and did a great job covering this event. Please see the Video Below:

News 10 aired a special about the flight just prior Veterans Day. The video is on our sister website found here:

We are in the process of making plans for our Spring flight.

The success of Leatherstocking Honor Flight has inspired us to do more for our veterans. While continuing our commitment to conducting our Honor Flight mission, Leatherstocking has created a new entity that will enable us to add other missions to our agenda. To find out more, please click on the link below.
https://lhfveteransinitiative.org/

From Our friends Salute to Service